This Startup Wants to Run a Car on Water and Alcohol 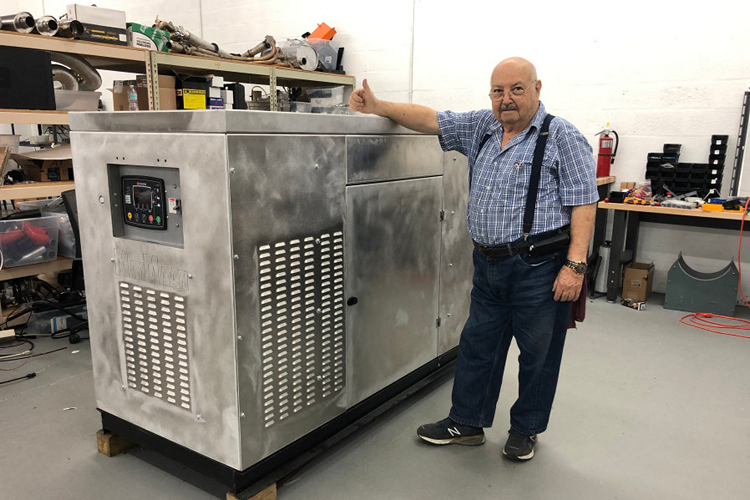 While the automobile industry is gradually moving to electric vehicles, a company named MayMaan Research claims to have developed a system that allows a normal piston engine to operate with just water and alcohol.

According to the company, just the combination of 70% water and 30% ethanol or any alcohol is sufficient to fuel the engine. The company is formed by a father and his two sons in a garage. The mastermind behind MayMaan Research is Yehuda Shmueli, an 81-year-old engineer. His sons Eitan and Doron assist him in the project.

Yehuda Shmueli says that their proposed system is up to 60% more efficient than gasoline. with 50% lower fuel costs. To date, the team has built four working prototypes including a car and a generator.

“We have stayed under the radar for the past six years, but we decided that this is the right time to expose ourselves and talk to people and let the world know that such a solution exists,” Mr. Shmueli told The Jerusalem Post.

Moreover, the team says that the existing engines can be converted to support this fuel with “simple yet sophisticated modifications”. However, there is no word on how sophisticated this transition could be.

As noted by Futurism, the patent filed by the company describes a combustion chamber that “receives a mixture of air, hydrogen and a liquid fuel consisting essentially of water and a flammable, preferably non-fossil, substance.”

While the proposed work of the company sounds exciting and futuristic, I highly suspect the feasibility of this concept in the real world considering how vague the disclosed technical details are.

However, we will keep an eye out on this one if this somehow manages to see the daylight in the future. So, what do you think of MayMaan’s concept? Share your thoughts in the comments.

Attaching a RAT to a cracked software