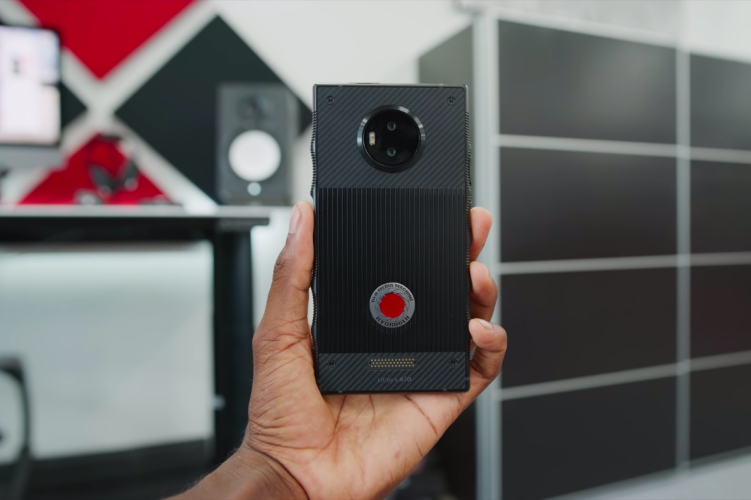 After the spectacular failure of its ambitious RED Hydrogen One holographic smartphone last year, the company known for high-end cinematic cameras was still planning to put a high-quality Pro 3D camera on a smartphone, according to an official announcement from RED founder and CEO, Jim Jannard, earlier this year. That project, however, has now officially been shut down, with the 70-year-old Jannard announcing his retirement from the company a few hours ago, citing health reasons.

Jannard earlier today took to the Hydrogen user forums, saying: “I will be shutting down the HYDROGEN project, ending a career that has included Oakley, RED Digital Cinema and HYDROGEN. I am very proud to have worked with many great people over the years who have signed on to the vision”. He, however, did assure buyers of the original Hydrogen ONE that their device “will continue to be supported in the future”, although, it’s not immediately clear for how long.

The announcement comes as a surprise, because as recently as July, Jannard had announced that the company was working on the Hydrogen Two that he said will include a high-quality Pro 3D camera. He also said that the company is working on radically changing the Hydrogen program with a ‘new and extraordinary sensor’ to better satisfy pro photographers as well as casual consumers.

He had earlier announced that the company was working on ‘radically changing the Hydrogen program’ as part of his plans to offer a better device to users. According to him, “The changes create new opportunities to better satisfy the professional image capture customers as well as the casual consumer for the HYDROGEN program”. Those plans, unfortunately, have now been shelved, and the Hydrogen Two is now a closed chapter.

Attaching a RAT to a cracked software

Uploading/Hosting a static site on Internet for FREE!